As Spanish school, not only for the teaching of Spanish as foreign language but also as training center for Spanish teachers, we are very interested in any news regarding the beautiful Spanish language. So, here we inform you about the newest report the Instiuto Cervantes has released and which contains some interesting conclusions.

Spanish – the second language in the world

The Instiuto Cervantes has published its annual report about the Spanish language “El español: una lengua viva” (Spanish – a living language), like it usually does around these dates.

Different representative numbers are analyzed in this study about the situation of the Spanish language around the globe, such as the number of Spanish speaking people, the number of students who study Spanish as foreign language and the situation of Spanish teaching in the different educational systems. Also, the importance of Spanish in the fields of economy, social networks and internet, science and culture is a point of interest in the report.

The results about Spanish as foreign language are quite positive: in general numbers (and estimated calculations) Spanish is with 21 million students the second most studied language in the world after English, although it still has to compete for this second rank with French and Mandarin Chinese. It’s interesting that of all the countries, English speaking countries show the most interest in Spanish as foreign language, above all the United States and the UK.

It seems that Spanish has become quite popular in recent years and we hope that this trend will continue! What good news for all of us who are working in the Spanish teaching sector!

This site uses Akismet to reduce spam. Learn how your comment data is processed. 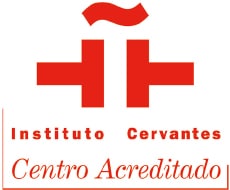 Enroll in our courses